People have always had trouble following their own mind rather than that of priests or gurus (pre- as well as post-socratic). The modern priests are the models that claim to be “based on research” but are nothing but cognitive furniture people push around in their mental space — instead of following and understanding their own movements-in-thought.

This ‘trending’ works against truth. To undo people’s submission to their own cognitive furniture, more than logical tools are needed …

The Dialectical Thought Form Framework (DTF) is a Set of Tools for Un-burying Your Movements-in-Thought.

When we think in terms of the Four Moments of Dialectic, we discover in logical flat-lands actionable worlds of risk and opportunity. This frees us to go for the hills and valleys instead … 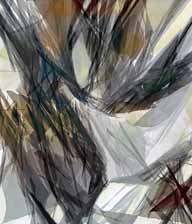 1M-Context: The static factual world your logical thinking starts out with:
First Moment. The real world lacks a unitary cause and is highly stratified. Thinking errs when making the world flat, thereby de-stratifiying it.

2E-Process: The unceasing motion the real world is undergoing, both outside and inside yourself:
Second Edge. The real world is pervaded by absences (geographical shifts, loss, deaths, ills, breakdowns, etc.) Thinking errs if it denies them and paints the world purely positive, a logical thinking does.

3L-Relationship: The intrinsic relationship between the components that together make up the social and physical world: The real world is a totality of strongly interrelated, often incompatible, components. Thinking errs if it neglects interrelationships, thereby de-totalizing reality.
4D-Transformation: A perfect storm that is brewing (as indicated by the rain storm image on the outer left above): We can shield ourselves from the storm only by practicing transformational thinking. Such thinking is holistic, systemic, and remediative of logical fallacies. It is able to penetrate contexts, processes, and relationships as moments of its unfolding. Transformational thinking takes on the truth that the real world is in unceasing transformation but offers promising entry points for human action. Thinking errs if it is unable to capture transformation, thereby sabotaging human intervention as a natural cause embedded in natural causes.

Are You Caught in a Vortex Created by Lack of Deep Thinking?

Here’s how to engage with IDM to leave the vortex behind.