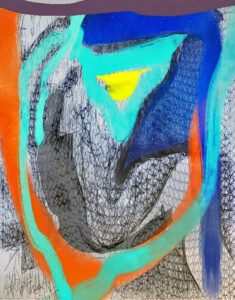 Those who know Otto Laske as a social scientist, composer, and visual artist will be interested to see at Amazon, that his early German poetry has appeared in a bilingual edition at Frieling Verlag, Berlin, Germany. The translation of the work into English is the author’s own; it carries the title ‘Silesian Language Smithy’. (Those who know his work more deeply realize that it is his poetry that is the foundation of much of his creative work.)

The back cover of the book states:
Otto Laske’s poems originate in a lifelong coping with experiences that led him from Silesia and Northern Germany to the United States, and from poetical to musical composition.

It is the art of composition that is evidenced by these poems which, in compact form, render the tonality and melody of his internal conversations. Over time, these internal conversations were crafted by memory into verses one will not easily forget. They speak with syntactic, gestural, and musical clarity of a life between escape and arrival. The book’s title image is taken from Laske’s digital paintings called ‘Promise’ (Versprechen) and refers to one of the poems in the book.

The three commentaries on the poetry found on the book’s back cover are as follows:

„Otto Laske opens doors not only to the literary forge where he
hammers life into verse but to the experiential crucibles where
remarkable events and responses took place. „
(Martin Ray, photographer)

„Laske’s poetry historically connects to Germany’s search for self-identity
after WWII; it is worth taking note of.“
(Donald Gropman, writer)

Those interested in Otto’s visual work are invited to go to They will find 50 Collections of art work, produced since 2012.

The latest publication of his work, called ‘Condensations’, in Jaamzin Creative, Hong Kong, is found at www.jaamzin.com/condensations